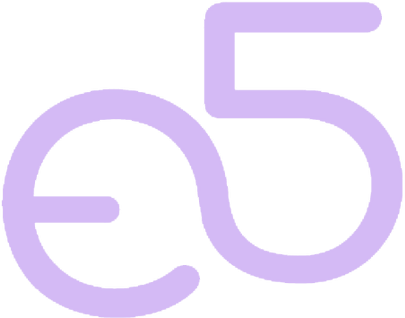 If like me, you are a child of the 90s, your earliest awareness of the term “Artificial Intelligence” may have something to do with the movie, A.I. Artificial Intelligence. You know, that film with Haley Joel Osment, the same little boy, who came to be associated with dread in our collective minds (or was that just me?) because he could "see dead people" in The Sixth Sense. Maybe because of said boy's presence, you transferred that feeling of dread from The Sixth Sense to AI the movie, and later, to AI the concept. I am here to inform you that no one should blame you (read: me). After all, further creations from Hollywood have not encouraged a different conclusion. Consider all the movies and serialized TV shows whose arcs are rooted in AI's desire--both justified and unjustified, though mostly the former--to destroy/subjugate humanity (think The Matrix, think Westworld, think the myriad doomsday movies that involve AI). Again I say, "let no one blame you!"

Instead, let me invite you to the possibility of a different relationship with AI. Recently, I spoke with Alex Tsado of Alliance for AI. Alex directs the organization which works to, "[realise] the promise of AI in Africa." Naturally, he had many good things to say about AI. To begin with, he presented a simple definition of the concept: "Artificial intelligence describes several ways of improving the way you make decisions--automating the way you make decisions, by using computers." Then he clarified AI's uniqueness in the broader landscape of technology: "these computers have been taught to learn from past experience. That's pretty interesting and different because, in the past, the computers used to be given rules and regulations and then they would operate based on those rules. But with artificial intelligence, they are given evidence, trillions and trillions of data from the past, they learn like a baby would learn, and then they make decisions."

Nope, it's not just you. My suspicion of AI is agitated too when I hear the comparison to a human baby. But for Alex, who also describes himself as an AI evangelist, his work is all about people.. "I like to observe--I like to look at the world, and look at problems people are facing, [and to] figure out what technology can solve their problems," he said.

You already know that our beloved Nigeria and our beloved wider African continent have no shortage of infrastructure problems. Alex and others at Alliance for AI concern themselves with how AI can respond to those gaps, in healthcare, in agriculture, in finance. For instance, Alex describes the following possibility in healthcare: " “you have maybe 2 doctors in a village [who can diagnose disease]. But with artificial intelligence installed on a mobile phone, you can probably now have 20 people, trained to use that phone to diagnose disease. That's work for 20 more people."

In this scenario, I hear, with excitement (and diminished AI trepidation), an Africa-specific possibility for AI, and technology more broadly. Unlike the narrative of technology in the West which tends to be, "Tech is taking all our jobs!" it sounds like the narrative for tech in Africa could very well be: access where access was once limited, jobs where jobs once existed not, opportunity where there once was none. Of course, there are still many other questions about how to ensure that this becomes so. There is also the work of conscientiously working through the ethical conundrums that this kind of change in practice brings. But the possibility for Africa's infrastructure to evolve in a way that is true to African life on the ground is thrilling, to say the least.

Ah yes, that faithful theme in talk of Africa in global contexts joins us: the importance of centering the specificity of Africa and Africans as we seek to make sense of life and possibility on the continent, and Africa’s contribution to global life. Alliance for AI, unsurprisingly, centers this ethic in their work. In fact, plot twist!: AI in the organization's name actually stands for Africa's Intelligence. As in, the organization is the Alliance for Africa's Intelligence in Africa. The alliance seeks to clarify Africa's place as an innovation partner for the world by connecting AI practitioners and professionals across the continent and the diaspora, in learning communities of mutual growth. Alex also describes them as a “torchlight for the brilliance that is already happening on the continent.” "We want a future where our people are positioned [as] collaborators [to] lead innovation for the world,” he says. “We already do that today, but the world doesn't see it. The world turns a blind eye every time an innovation comes from Africa, and so we believe, if we have a pan-African effort, a strong effort, together, we can provide enough evidence to turn around that reputation, so that Africa can start receiving the investment and attention that it deserves."

As Alliance for AI works, it is attentive to the challenges for tech development in Africa. In particular, those to do with education and access to resources. As such, the organization engages governments to shift policy toward alleviating these challenges. At the same time, they continue their work of community making: "Before [policy] catches up, we've gone out to find as many AI communities--training communities--in the entire Africa, and add them on our [web] platforms so you can find them easily. And we connect all of them together, so we can have monthly catch-ups where they can share information with each other [about] what's working and what's not. So that way, [Alliance for AI] is one umbrella body. ...And so my call to action is, if you are an AI training community, reach out and see how we can work together."

So there you have it, friends. Artificial Intelligence apparently, ain’t that bad, despite what the movies say. In fact, it could be great for Africa, and by extension for the world, especially if more African tech professionals connect in ways similar to that which Alex describes, and lift each other up.